Few Sister Cities relationships go back as far as the one shared between Pasadena-Ludwigshafen—and the friendships between residents of the two cities go back even further. As early as 1946, residents of Pasadena, California were aware that Ludwigshafen, Germany was among the neediest in all of post-war Europe thanks to their local American Friends Service Committee. Eager to help, the residents of Pasadena began sending much needed supplies to individuals in Ludwigshafen and the first friendships between the two cities residents were spawned—eventually leading to the creation of the Pasadena Sister Cities Committee.

Recently, citizens from Pasadena and Ludwigshafen celebrated 70 years of Sister Cities friendship in Ludwigshafen. A delegation of members from the Pasadena Sister Cities Committee, including the Chair of the German Subcommittee Maureen McConnell, were welcomed by locals of Ludwigshafen involved in the partnership.

It was at this warm gathering that Maureen had the chance to meet the parents of a student planning to participate in the partnership’s exchange program. Stefan, the father, told Maureen the story of his own experience as an exchange student in the very program for which his son is now registered. He spoke of his long-time friend Kris, from Pasadena, whose family he stayed with when he first came to the U.S. 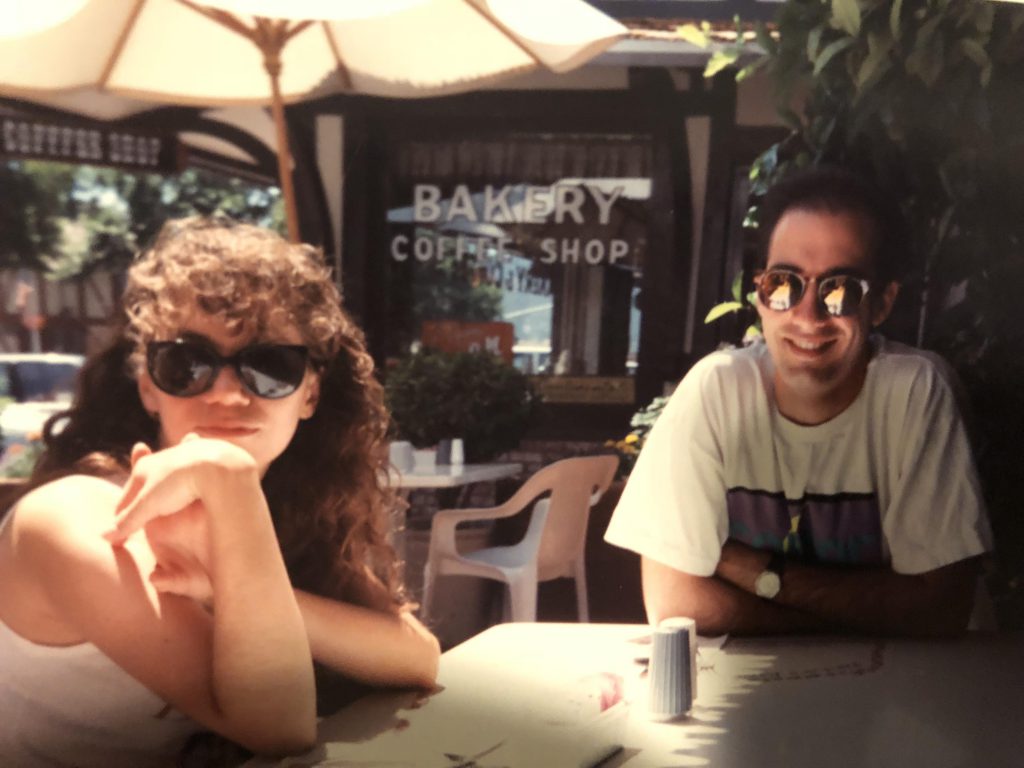 Below, in his own words, is Stefan’s story…

Our friendship started with the Student Exchange program in 1991. I stayed with the Haltmeyer family for two weeks and did a lot with Kris, the family’s son, and his girlfriend Roxanne. After the internship, my girlfriend Eva from Ludwigshafen came for a visit as well and the two of us met regularly with Kris and Roxanne, getting to know them and California. It was a great time.

The following year Eva went to Pasadena as part of the Student Exchange; in 1993 I was in Pasadena for 3 months and Kris and I were able to continue and maintain our friendship.

A few years later, Kris and Roxanne got married and they told us that they wanted to spend their honeymoon in Florence. We asked them about the hotel and decided it would be fun to surprise them there. On the way to the hotel, they came running towards us on the pedestrian street and they could not believe that we “coincidentally” were there too.

Since then we meet regularly and vacation together—either in Europe or in the USA. Even David (our son) and Kyle (son of Kris and Roxanne) understand each other very well and are close, despite the age difference. Last time we were together was in Portugal. The picture was taken at the southwestern tip of Europe and shows Roxanne and Kris with their son Kyle, and Eva and me with our son David. We are very curious where we will meet next time. Thanks to the Sister Cities program, we have a wonderful, long-time friendship that has enriched all our lives. 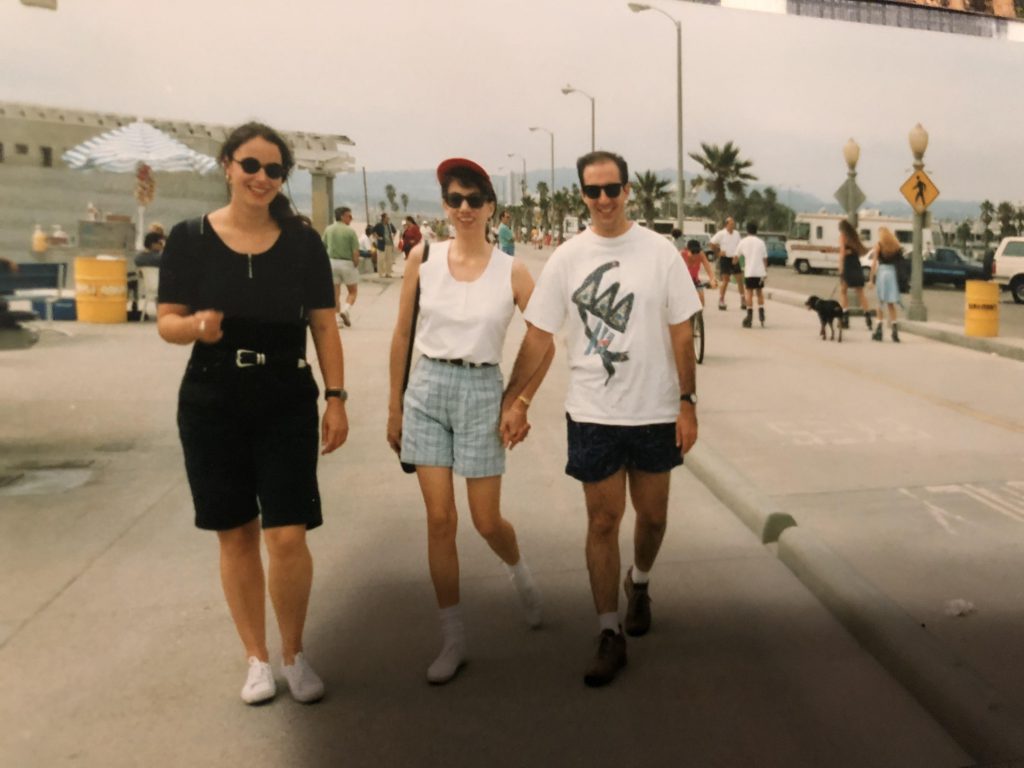 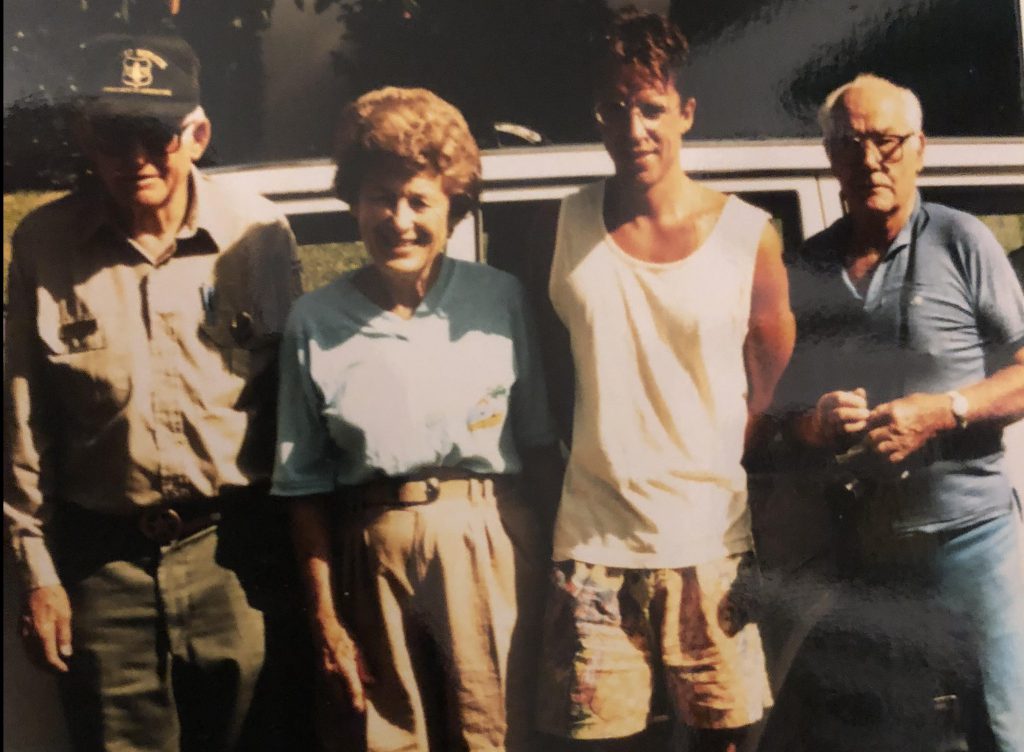 From the beginning, the Sister Cities movement has maintained that a more cooperative and peaceful world will only be possible through the cultivation of relationships at the community and personal level. Therefore, it is no wonder that as programs like Pasadena Sister Cities Committee result in long lasting friendships between distant people as well as economic, cultural, and diplomatic benefits in their communities.

Privacy & Data Consent (GDPR - CCPA)
To provide the best experiences, we use technologies like cookies to store and/or access device information. Consenting to these technologies will allow us to process data such as browsing behavior or unique IDs on this site. Not consenting or withdrawing consent, may adversely affect certain features and functions.
Manage options Manage services Manage vendors Read more about these purposes
View preferences
{title} {title} {title}